Gaming with the Samsung Galaxy Note 20

A few days back, I wrote about the physical aspects of the Samsung Galaxy Note 20. I shared how I like the flat Super Amoled Plus display, the really useful S-Pen, and the fact that you can get the phone with no upfront from Digi (T&C applies).

Anyway, phones have gotten so powerful these days that one does not really need the best processor to run  things like Office apps, Whatsapp or even Chrome. Just like how it is with desktop and laptop PCs, the  high end precessors on mobile phone usually caters to one special group of users  -- gamers.

So, can the Samsung Galaxy Note 20 play the most demanding of games?

Check out this video I made while playing Genshin Impact. This is the latest 3D action RPG that is also one of the hottest game in town right now. It was recorded using the built-in Android screen recorder...

Excuse the n00b gameplay. Still getting used to the game

As you can see, the Samsung Galaxy Note 20 had no issues with this game. And don't forget that I also have the screen recorded running too!

I am getting better at this.

Here is another round of Genshin Impact. I also checked the temperature of the phone and it was hovering at around 43C. That is considered decent and acceptable.

Besides Genshin Impact, I also tried out Arena of Valor. As you can see, I can get 60fps in the game (this is also the max fps that the game allows). The gameplay was also very smooth. The Samsung Galaxy Note 20 was also powerful enough to let me do some video editing works (see around minute 3:10 of the video below).

I have also tried Fortnite on the Samsung Galaxy Note 20 and it was also really smooth, though I did not play much as I am not that into Fortnite.

So, what do you think about the Samsung Galaxy Note 20?

If this reply is helpful, don't forget click the THIS IS HELPFUL button. 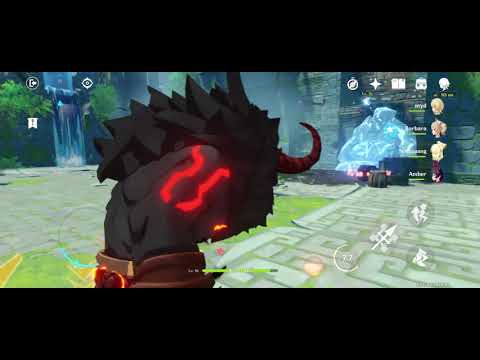 Genshin Impact on Samsung Galaxy Note 20
youtube.com/watch?v=S3L2sKJLQL4
Genshin Impact is currently one of the hottest fantasy action RPG that's been released on several platforms. Released a few weeks back, it's also one of the...
Reply
0 Kudos
Reply
View All (8)
Message 1 of 1 (54 Views)
Announcements
VIEW MORE
Top Kudoed Authors
View All

Meet our Support team and SuperUsers